On January 21 the European Greenways Association (EGWA) and Spanish Railways Foundation (hereinafter FFE) jointly organized the workshop “Greenways without borders and barriers”, within the framework of the European project Greenways Outdoor. This EU funded project is coordinated by the EGWA with FFE as one of the key team members. The workshop was attended by a large number of participants and the many interesting presentations can be seen at www.viasverdes.com

After some brief words of welcome from EGWA and the FFE, the Technical Workshop “Greenways Outdoor: Greenways without borders and barriers” started with a presentation by Ilona Lelonek, representing the DG GROW unit for Tourism, Emerging and Creative Industries of the European Commission, on European Union policies regarding sustainable tourism and how these policies can be funded. Ms. Lelonek highlighted the backing that the Commission provides to European greenways and, in particular, to the creation of a tourism product. The latter is one of the key objectives of the Greenways Outdoor project and is co-funded as part of the European Commission’s Cosme programme. Mercedes Muñoz, EGWA director and coordinator of the project, explained how the project’s main action strategies are being applied and highlighted some of the most important results, such as the creation of a catalogue of greenway-based touri sm products, the joint participation in up to 6 European tourism trade fairs, and the extensive promotion and communication programme. She also stressed the opportunities for cooperation with public and private stakeholders, with the aim of enriching the project and enabling stakeholders to benefit more fully from its outcomes. 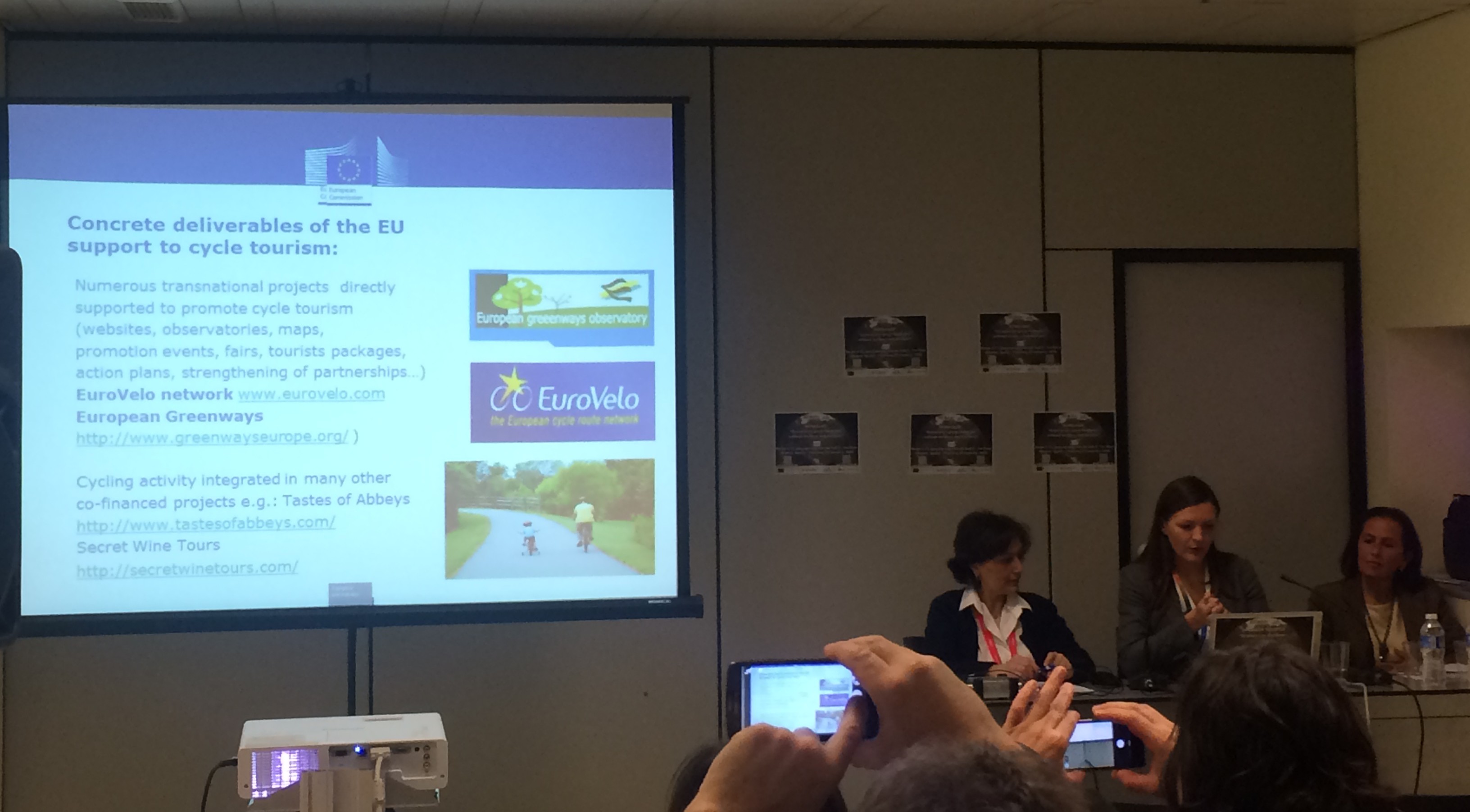 In the context of Spanish greenways (117 routes totalling 2,400 km), Carmen Aycart, Director of Environmental Activities and Greenways of the FFE, stressed the urgent need to work on the creation of long-distance routes and to strengthen the cooperation between all the sectors involved in the promotion and, in particular, the marketing of greenways, by inten
sifying cooperation on three levels: public/public, public/private and private/private. Arantxa Hernández, Head of Greenways and Environmental Communication and Studies of the FFE, explained how a catalogue of products and tourism service providers is being prepared for services based around European greenways, so that they can be promoted and marketed through travel agencies and specialized tour operators. Another Greenways Outdoor project partner, Jesús Blázquez, Director of Rutas Pangea, provided the business perspective: here in Spain we have splendid greenways and they are being promoted, but we need to intensify the participation of local entrepreneurs offering complementary services, so as to put together appealing packages lasting several days for domestic and especially foreign tourists.

The following presentation provided a successful example of cooperation at an international level: Christoph Hendrich, from the Belgian organization, Tourismusagentur, explained how the Vennbahn Greenway marketed tourism packages using the combined services of the three countries (Belgium, Luxembourg and Germany) through which this disused railway-turned-greenway runs. A similar complementary provision of services is also to be found among tourism service providers throughout Eurovelo, a network of cycling routes which in a few years will soon boast an overall length of 70,000 km. This initiative has been driven by the European Cyclists Federation (ECF), whose representative Jesús Freire also presented the ECF promoted Silver Cyclists project, of which the FFE is a partner. This initiative aims to promote the practice of cycle-based tourism in Europe among the over 55s. 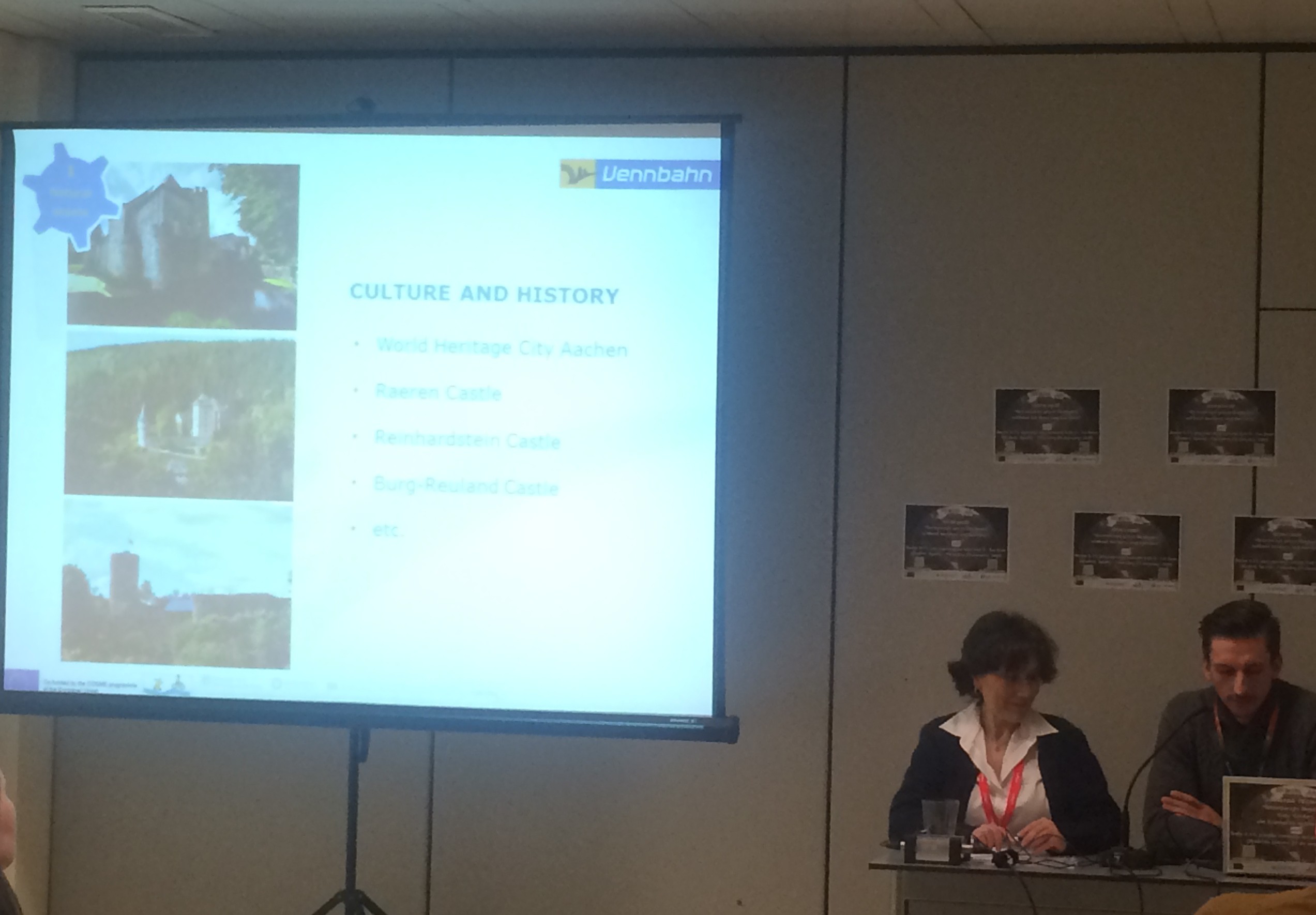 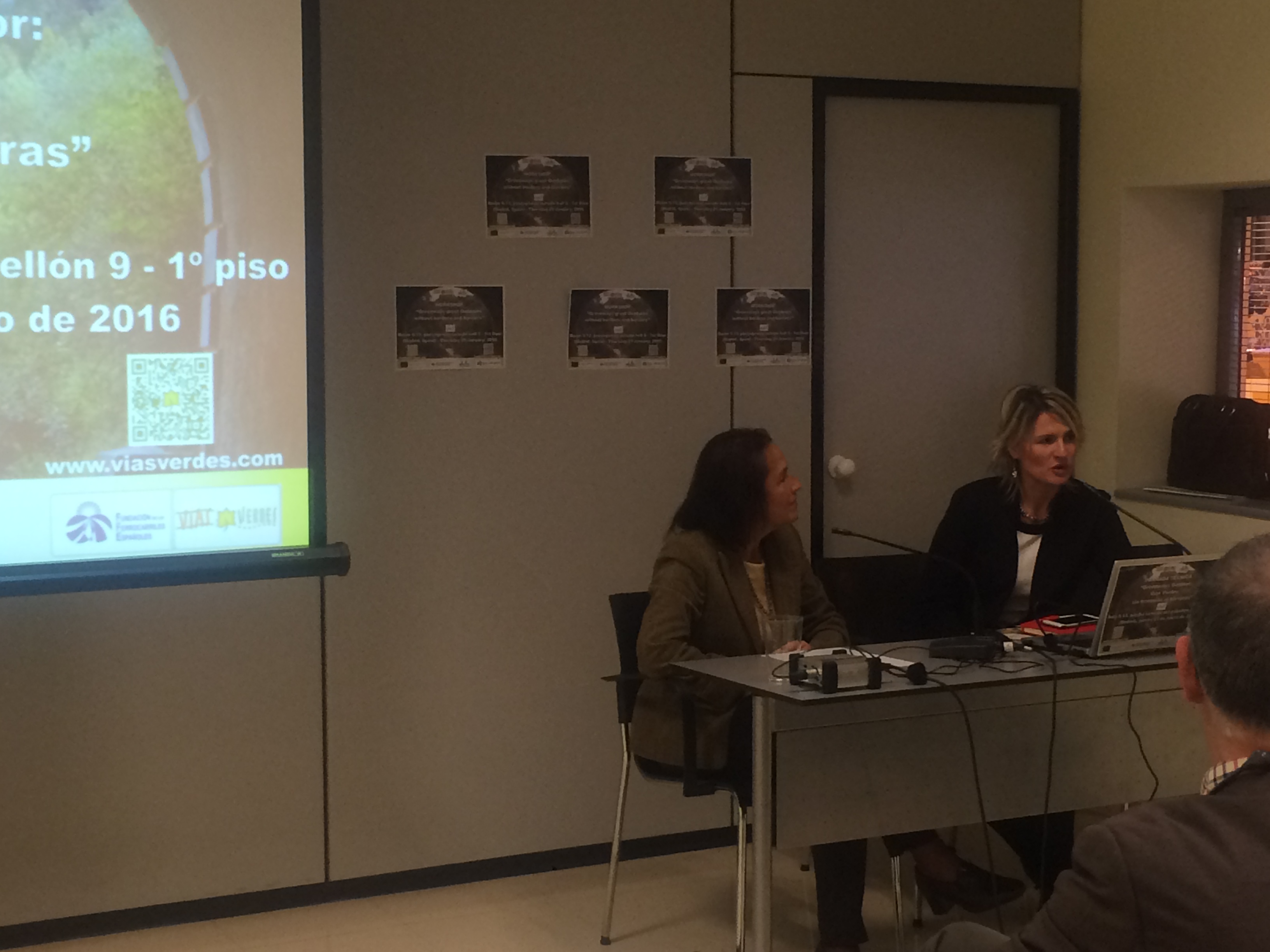 The Director General for Tourism of the Regional Government ofNavarre, Maitena Ezkutari, used her presentation to express the great interest the Regional Government of Navarre has in developing and promoting greenways in Navarre. She spoke of the actions underway to set up the new Vía Verde del Irati greenway and its connection to the  Plazaola and Bidasoa greenways, and the connection of the Vía Verde del Ferrocarril Vasco Navarro to the city of Estella. Meanwhile, the Manager of the Greenways Consortium of the Region of Murcia, Juan Soria, presented some innovative initiatives for improving greenways in Murcia and the network of hostels created from the old station buildings of the Vía Verde del Noroeste greenway. Among these initiatives is the Vía Compromiso project, which aims to involve private enterprise in the maintenance of its greenways through their social responsibility policies.

After a brief pause we moved into a final round of presentations of a more international focus. Raitis Sijats, of the Vidzemes tourism association, presented the development of the budding greenway network of Latvia, while José Carlos Almeida, representing the municipal association Viseu Dao Lafoes in Portugal, spoke about the actions aimed at promoting and creating a tourism product based on the Ecopista do Dao, a magnificent 50 km long greenway. The Vía Verde de la Sierra greenway was the subject of a presentation given by María Jiménez, Manager of the Vía Verde de la Sierra Foundation, who talked to us about how this 36 km long route was able to attract 260,000 visitors a year and so drive local development and employment in an eminently rural area. Later, two entrepreneurs who work in the field of greenways presented the audience with specific data and facts regarding their business, showing how these routes can generate wealth and dynamism. María Camacho of Subbética Bike Friend described the development and establishment of a small company located on this Cordovan greenway, and the importance of its forming part as a partner of a European project such as Greenways Outdoor. Finally, we heard about the interesting Maratones Vías Verdes (Greenway Marathons) initiative presented by Jordi Casas, who gave us details about this project, stressed the importance of sports tourism, and provided some data concerning user participation, such as the over 2,000 participants who have taken part in the various Maratones en vías verdes marathons.

Check out the program HERE and read all the presentations HERE!