The main goal of the Greenways Product project is to stimulate the creation of a new tourism product“Greenways of Europe, with the purpose of helping to establish, promote and market the tourism offer of European Greenways. The final objective is to lay the groundwork to make the leap from “tourism resource” to “tourism product” through the creation of integrated tourism packages based on these trails. For this purpose the project includes actions to drive public-private collaboration and the integration of micro- and small local enterprises.

Various activities will be carried out, such as experience exchange workshops, best practices guides, studies, meetings between local enterprises and public managers and the design of diverse tourism packages, plus fam/press trips, promotional activities and a conference. The first workshop has been held on May 8th at Olvera (Cadiz, Spain). All these activities will be heavily promoted via Internet, social networks…

The project has a total budget of €280,000 and is 75% co-financed by the Competitiveness and Innovation Framework Programme of the European Union. A consortium composed of 14 partners from 6 European countries which is led and coordinated by the Spanish Railways Foundation will develop this project. The time frame for implementation is 18 months (April 2013 – September 2014)

The following small and medium-sized companies are also members of the consortium:

The workshop “Promoting tourism on European Greenways” in Olvera, Cadiz, kicked off by presenting the Greenways Product project.

At the opening workshop, which took place on May 8th on the Vía Verde de la Sierra in Olvera, Cadiz, several speakers, internationally recognized in their field, presented their work. Among those present were the project director of the North Sea Cycle, of one of the longest bicycle touring routes in the world, as well as the author of a study commissioned by the European Parliament on the impact of bike touring in Europe.

Several initiatives related to the Greenways Product project were presented, such as Spain and Portugal´s Greenways programs, as well as information regarding good management practices and promotion of the Vía Verde de la Sierra (Sierra Greenway). Plans implemented by the European Greenways Association, in addition to business initiatives related to bicycle touring, were also discussed.

6 different countries to launch the Greenways Product project. On April 22, representatives from the Fundación de los Ferrocarriles Españoles (FFE), the organization which oversees both the Spanish Greenways project (Vías Verdes) and the “Greenways Product” project, traveled to Brussels for a meeting with the European Commission to discuss their development.

“Greenways Product”, scheduled to last 18th months, was launched in april 2013 and will end in september 2014. The project is managed by the  FFE and has a total budget of € 279,950, 75% of which is funded by the Competitiveness and Innovation Framework Programme of the European Union.

The main objective of the project is to promote active tourism on European Greenways by marketing tour packages of the various Greenways. The greater goal is to lay the groundwork for converting these “greenways” into attractive tourist destinations for active recreation instead of merely remaining natural areas waiting to be visited. In light of this objective, steps are being taken to strengthen collaboration between government entities and the private sector, as well as to get small, micro and local businesses involved.

The project includes various events such as workshops to exchange ideas and meetings between local businesses and government entities. Studies will also be carried out and a diverse array of tour packages will be created. In addition, various promotional events will take place, as well as Fam/Press trips and a final conference.

Intermodality and Slow Tourism: best practice in the Po Delta 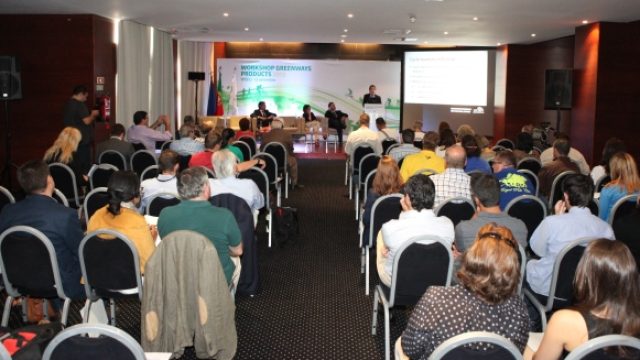 “Greenways for the development of Tourism” Olvera