Fantastic gathering of the greenways family to celebrate EGWA’s 20th anniversary, which served to demonstrate the consolidation of the greenways concept and its expansion throughout Europe, together with the key role played by EGWA and its partners.

The celebration took place on June 29 and 30 and was organized and sponsored by the Walloon Region in Namur, capital of Wallonia, where the Association had been created in 1998. The event brought together many old friends and introduced them to new players in the development of greenways from all over Europe. The event featured a useful and festive programme made up of various activities, which encouraged a lively exchange of ideas and experiences, in a very friendly atmosphere a truly delightful setting. These were the activities: 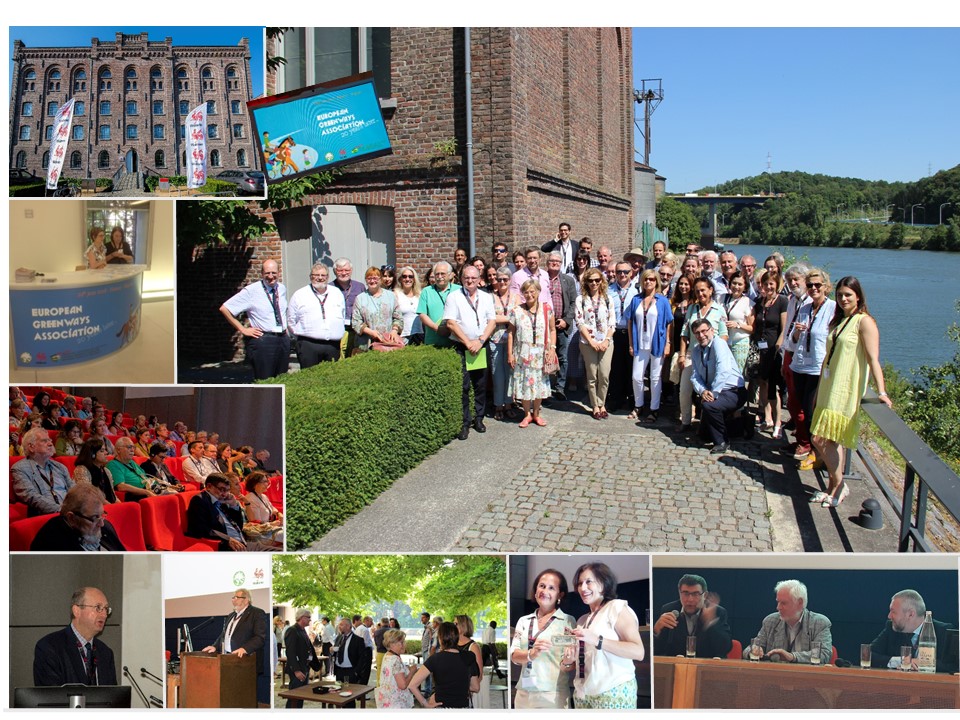 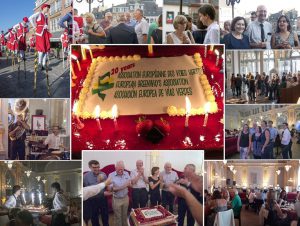 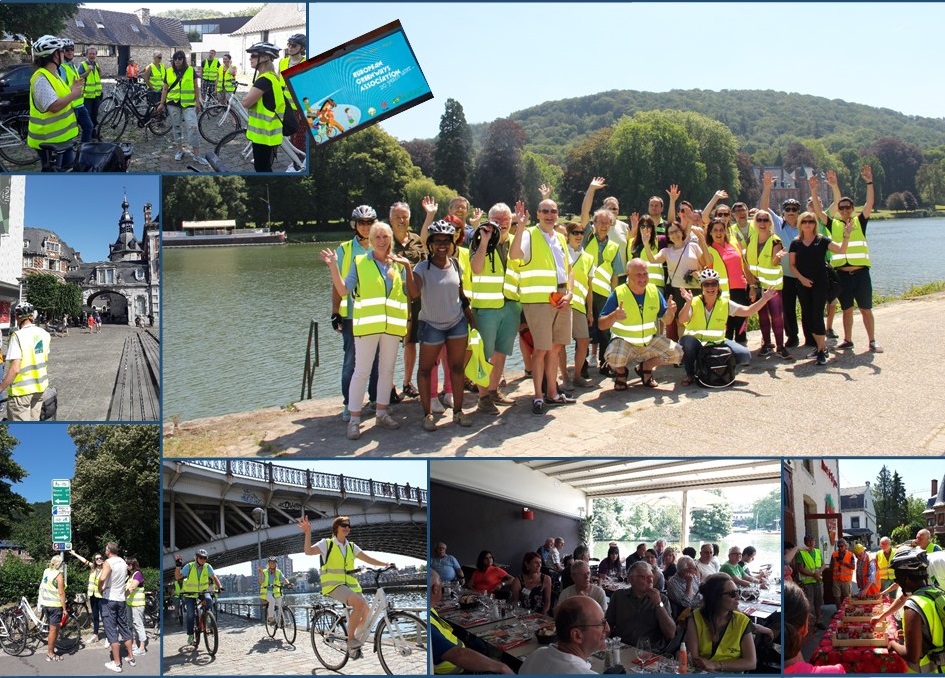 The invitation had an excellent response, attracting participants from 13 countries, who were delighted with the celebration in this festive event and the wealth of experiences presented in the symposium, an example of the diversity of greenway initiatives all over Europe. We have also received congratulations and words of support from very prominent players in the world of greenways who would have liked to have attended but for various reasons were unable to make it.

During the symposium there were presentations of very well established developments from pioneering countries and regions in the creation of greenways. They were there at the beginning of EGWA and now have a wealth of experience, in some cases going back over 25 years (e.g. Wallonia and Chemins du Rail, the Spanish greenways programme, Sustrans), from which those new to the development and promotion of greenways can learn a great deal. There were also presentations from more recent national programmes (e.g. the National Ecopistas Plan in Portugal) and from specific, now well-established greenway developments (such as Dampfross-Drahtesel in Austria), some of them benchmark examples of successful tourism products (such as Vennbahn, the Germany-Belgium-Luxembourg cross-border trail).

Equally gratifying are the recent developments in new countries (e.g. Latvia, Serbia, and the St. Petersburg Region of Russia) which have taken the greenway concept on board and have concrete examples of greenway developments, inspired and aided by EGWA. They are also spreading the word to new European regions (Baltic, East Balkans), regions with an extraordinary development potential, with hundreds of kilometres of disused railway lines.

The speakers also came from a wide range of places, demonstrating the diversity of the players and stakeholders committed to greenway development. Representatives of public authorities on a national, regional or local scale, and not-for-profit entities and citizen movement organizations which have been constantly mobilized over the years towards the construction of specific greenways (Great Southern Trail Ltd., Wuppertalbewegung e.V.) have all brought their experience in the field to the symposium. Not to mention the inspiration and influence that Rails-to-Trails (USA) had on the association’s founders and on the national and regional programmes that were set up in the early 1990s which made the creation of EGWA in Namur possible 20 years ago.

Behind these successful initiatives there are always people committed to the project, and a large proportion of the players who started the ball rolling 20 years ago are still linked to greenways, a reflection of the strong ties that have been forged during the development of the project. The new disseminators of the concept and its implementation share the same passion, and there can be no doubt that passion is a fundamental ingredient for the continuity of the process and the achievement of the maximum expansion of greenways within Europe

In fact this commitment to continuity has been apparent in all the symposium’s participants. Naturally the repercussion of specific policies and actions will be different depending on the scope of action and the promotors’ investment capabilities. In this respect we should mention, among the plans mentioned in the symposium, the currently under preparation Walloon infrastructure investment plan, which from 2019 will more than double the annual budget for the development of RAVeL and local greenways. Or the case of Ireland with its National Greenways Strategy, which comprehensively covers the entire range of uses and benefits provided by greenways. Or the Northern Ireland Greenways Master Plan which calls for 1,100 km of new greenways with a budget of €150 million.

But we should also mention, on a more local scale, the commitment to continuity of action by citizen organizations that have been seeing over the years, in their quest to bring about the conversion of disused railway lines into greenways to be enjoyed by all citizens, and to further social cohesion. Determination and conviction of the value of the project are the keys to continue moving forward, and these are values that have been very apparent these days in all the participants.

These such positive results over the last 20 years, and the dissemination and huge popularity that greenways are increasingly achieving, encourage us to continue and redouble our commitment to enable more and more people to enjoy these non-motorized safe, and accessible routes making use of disused railway lines and towpaths, as a way of discovering and enjoying heritage and nature, and to help improve the quality of our environment and contribute to the fight against climate change through active mobility; in short to contribute towards sustainability.

Because this also helps create jobs and improve the lives of the inhabitants of the regions through which greenways run, thanks to tourism, and because it is also good for the local population who can use it throughout the year; it is good for their health and enjoyable by people of any physical condition.

We have a great deal of shared European history and much heritage to promote and share through greenways. Working on the greenway project is really worthwhile, and we can no doubt look forward to “a long life for greenways; no borders, no barriers!

There can be no doubt that these last 20 years have done much to help establish our Association and to increase our visibility. We would like new partners to join EGWA in order to contribute, with their support, to the greater promotion of greenways in Europe. You are invited! And you will be very welcome! The cost is really affordable.

Here at EGWA we would like to give our sincerest thanks to the Walloon Region for having made possible the organization of this gathering of European greenways and to Chemins du Rail and the city of Namur, to the speakers from the various countries for giving their time so generously to share their experiences with us, and to all the attendees, experts in the subject, and friends of the greenways, who have made this event a truly memorable one.